A Philadelphia Story
Edit This Page 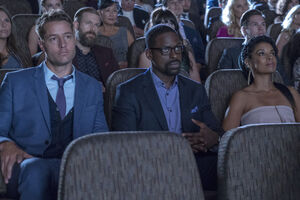 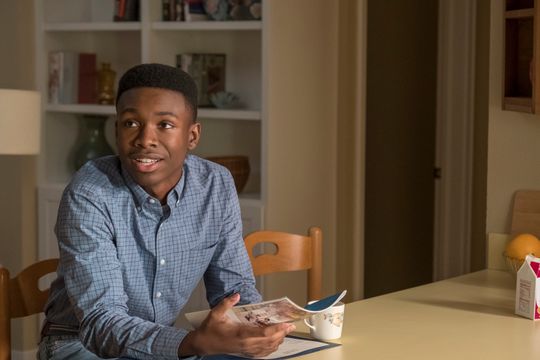 After Jack's death, the Pearson's are living in temporary housing since their house burned down. Rebecca is having trouble finding a new place for them to live. Randall receives a packet from Howard University and learns that he's been accepted. Kate congratulates him while getting a pop tart. Rebecca takes the kids to look at a house. Kevin shows up drunk and Kate reveals that she never sent the recording tape to Berkley. Randall mentions both Kate's eating and Kevin's drinking to Rebecca. He accuses her of not caring and reminds her that she promised they'd be okay after Jack's death. Later, Randall apologizes to Rebecca for his outburst. Rebecca explains how it's a struggle for her to get up in the morning and that she knows it isn't fair to them but she has no control over it. Randall calls Howard and declines admission to the college because of what his family is going through. 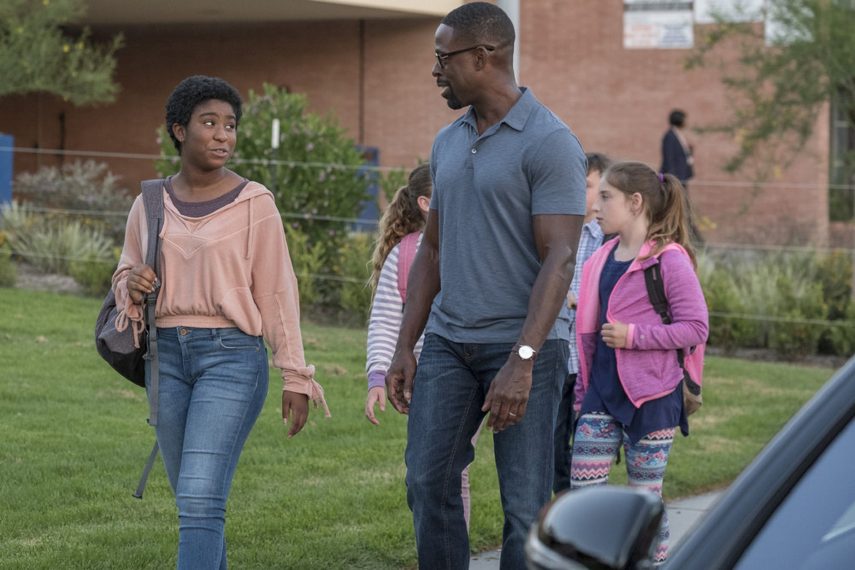 Deja is having a hard time at her new school. She misses the drill team at her old school and complains about how white her new school is. Kevin wants to invite Zoe to his movie premiere but she's going to Chicago tomorrow. Zoe wants to keep their relationship casual. Beth has to go into work before the premiere. Randall thinks that taking Deja to meet Sky, one of his tenants daughters, will make her feel more comfortable. Kate tells Toby that she does't want Rebecca to know that they're doing IVF. Randall goes to the rec center and realizes that the place needs to be fixed up. He decides to go to city hall and talk to the councilmen. 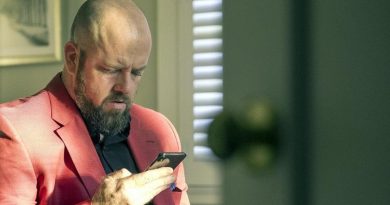 Toby googles symptoms for antidepressant withdrawal. Miguel discovers Kate's IVF medicine in the refrigerator. Rebecca expresses her concern to Kate about IVF and how it could be dangerous because of her size. Randall goes to the barbershop to talk to Councilmen Brown. The councilmen tells him that he'll have a maintenance crew go out to the rec center today. Rebecca, Miguel, Kate, and Toby arrive at Kevin's. Rebecca asks why she'd want to take such a risk. Kate believes that she's the only one who can carry on a piece of Jack. This upsets Kevin because he thinks he can too. Toby yells at Rebecca for making Kate feel bad about IVF and leaves to go get some air. The maintenance crew never shows up at the rec center so Randall starts to fix things himself. Chichi tells Randall that he should've spent the time getting to know the community instead. 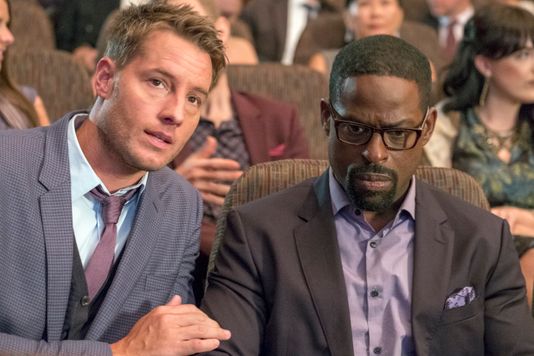 Zoe watches Kevin's red carpet interview on her phone. She texts Kevin and tells her to pick her up from the airport when she returns on Sunday. Kate is worried because she can't find Toby and needs to take her hormone shot. Rebecca explains to Kate why she's so worried and decides to help her administer the shot. Toby arrives and Kate asks what's going on with him that he blew up. Toby brushes it aside and apologizes to Rebecca for what he said. Beth asks Randall how things went. He expresses his concern for where he fits in and how he's always had trouble figuring out where he belonged. Kevin sits next to Randall and tells him about how Kate said she is the only one who can pass on a piece of Dad. This upsets Randall because he already has children.