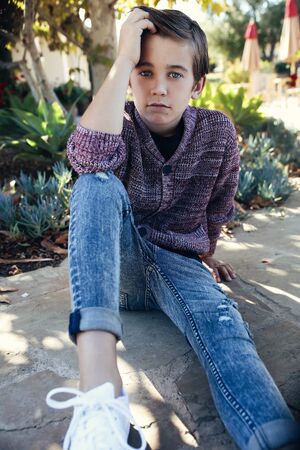 Parker Bates is an American actor. He currently stars as Kevin Pearson at age 9, in This Is Us.

Parker began modeling at the age of two, but he discovered his passion for acting at the age of six, when he accompanied his older brother, Prestyn Bates, to a commercial audition. He inadvertently wound up in the audition room himself and booked the job. He went on to secure roles in commercials, PSAs and short film productions in Dallas and Austin, before setting his sights on Hollywood.

He appeared in several commercials during his first six months in Los Angeles, before landing a recurring role in This Is Us, playing young Kevin, son of Rebecca (Mandy Moore) and Jack (Milo Ventimiglia).

Parker is a talented athlete excelling in soccer and gymnastics. In his free time he enjoys the beach, time with family and riding his scooter.