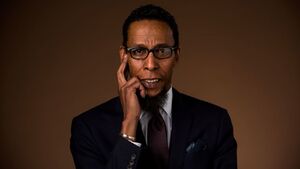 Ron Cephas Jones is an actor. He currently stars as William Hill This Is Us.

Jones is a veteran of film, television and theater and has been especially busy of late on the small screen. He currently appears on USA's Emmy Award-nominated drama "Mr. Robot" and has also appeared on multiple episodes of "Banshee" and "Low Winter Sun."Other television credits include "The Blacklist," "NYC 22" and "Law & Order: Criminal Intent." He also starred in the 2008 ABC adaptation of "A Raisin in the Sun," alongside Sean Combs, Audra McDonald and Phylicia Rashad.Jones performed on Broadway in "Of Mice and Men," opposite James Franco at the Longacre Theatre. Other theater credits include Off Broadway productions of "Between Riverside and Crazy," "The Exonerated" and "Titus Andronicus." He also starred as the title character in "Richard III" as part of The Public Theater's Mobile Shakespeare Unit. The production at the Off Broadway company's downtown Lafayette Street home came after having given free performances to prisons, homeless shelters, at-risk schools and senior centers.