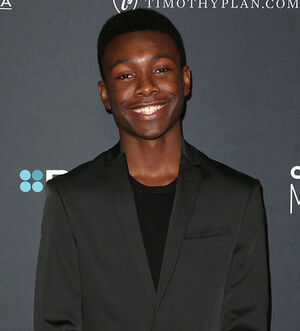 Niles Fitch is an American actor. He currently stars as Randall Pearson at age 15, in This Is Us.

He is an Atlanta native, follows his passion for connecting with others through stage, print, commercials, television, film, and voice over. He loves to model, sing, dance, act, and make you laugh.

His father (a financial advisor) and his mother (an attorney), encouraged his excitement of smiling for the camera by securing his first talent agent at 3 years old. Since then, Niles has continuously booked print and commercial advertisements. At 7 years old, he signed with Wilhelmina Models (an international top five agency) and began commuting to New York City with his parents. At 9 years old, Niles signed with J. Pervis Talent in Atlanta and also made his theatrical debut as "Young Martin Luther King, Jr." in the musical "I Dream." The musical ran in the summer of 2010 and was directed by the renowned Jasmine Guy.

Ready to take his career to the next stage, Niles relocated with his family to New York City in August, 2010. In 2011, he was cast as "Young Simba" in Disney's The Lion King musical North American Gazelle Tour. While on tour, Niles won the Denver Post Ovation Award for Best Supporting Actor in a Touring Show for his opening night performance and made his prime time television debut in an episode of Tyler Perry's House of Payne that aired on the same night (11/04/2011). In February, 2012 Niles returned to New York and continued the Young Simba role on Broadway. After ending his Broadway run Niles joined the cast of Army Wives in the role of Deuce, the son of Latasha Montclair (played by actress and Grammy Award winning singer Ashanti).

Despite a rigorous schedule, in his spare time Niles loves playing video games and basketball, drawing and sketching, visiting amusement parks, enjoying his iPAD, and is now just as excited being behind the camera as he develops his skills in photography.