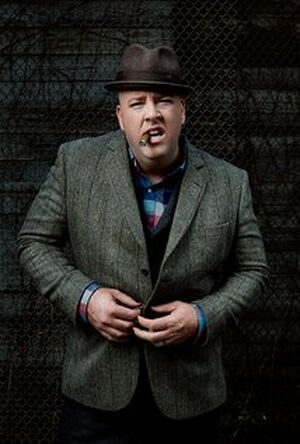 Chris Sullivan is an American actor. He currently stars as Toby in This Is Us.

He was born in Palm Springs, California in 1980. He graduated from Loyola Marymount University in 2002.

He once peed his pants in second grade.

Sullivan is best known for playing Irish ambulance driver Tom Cleary in Steven Soderbergh's series "The Knick." He will soon be seen on the big screen in Marvel's "Guardians of the Galaxy Vol. 2," Ben Affleck's "Live by Night" and independent features "Morgan" and "Imperium."Among Sullivan's credits are Ryan Murphy's "The Normal Heart" for HBO, FX's acclaimed series "The Americans" and the feature films "The Drop" and "Blood Stripe." He also appeared in NBC's production of "Peter Pan Live!". Sullivan appeared on Broadway in "Lombardi," "Chicago" and George Gershwin's "Nice Work If You Can Get It." Before moving to New York, he worked extensively in Chicago theater, including "The Mystery of Irma Vep" and Tony Kushner's "The Illusion." When not acting, Sullivan writes music and plays with his band, Sully and the Benevolent Folk.

He is married to Rachel Sullivan. On January 24, 2020, they announced that they a expecting their first child, a son. They also have two dogs, Harry and Sally.